You will notice that those involved in a consorted effort against their target who is a total stranger but whom they have compiled data on through their activity will make additional comments other than “she crazy” [sic]. They will make statements of “she thinks she so special,” or he/she “is aggressive.”

Now, I have addressed the first comment they used to divert attention from their criminal activity to discredit their victim in a previous post here:  https://blackmanleaveusalone.wordpress.com/2018/08/10/gang-stalking-another-form-of-street-harassment-and-its-more-prevalent-than-you-think/ 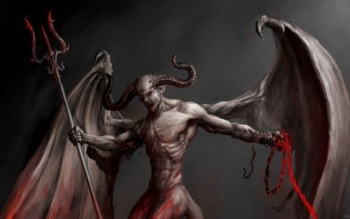 Next we have “she thinks she so special.”  So apparently these gangstalkers and street harassers (both male and female) are mind readers and soothsayers.  Beyond this fallacy, let’s take a look at the word “special” shall we?  One of the definitions of special is having the characteristic of being distinct or unique.  Other than the fact that these people do not know what another person is thinking, especially a stranger, let’s look at their conduct.   They have a special interest in a targeted individual.  They have a demonic need to be in the presence of and disturb this individual.  Stalkers and street harassers, i.e., are therefore paying special attention to this stranger without the strangers’ consent nor to their liking.  So when these perpetrators engage in this activity, aren’t they the ones treating the targeted individual as “special”?  Indeed, they do not treat everyone they encounter, and all of their family members or coworkers with such heinous, envious behavior.  The reality is that they believe the target to be special and which is why they desire an access that they will never be granted. They provide unique and unwanted attention to a stranger whom they have obsessed over, hoping to destroy the object of their jealousy.  Thus, street harassers and gangstalkers use the psychological defense mechanism of projection because they cannot admit they are envious of their target’s accomplishments so they must make false statements that actually bear the fruit of their thoughts and opinions.  Oft-times, targeted individuals are strangers to the perpetrators, yet these criminals know of the stranger’s achievements. 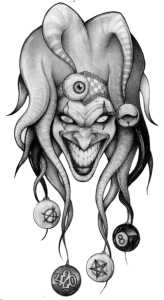 Isn’t that something? They dig and find out about their victims that make the criminal’s insecure (that’s probably karma for not minding your business in the first place, they realize how much of a loser they are as human beings, i.e., having no character, dignity or integrity, as well as personal failings in goals they never accomplished), so when they make uninformed blanket statements they hope to guilt the target in being ashamed of accomplishments that they had not bragged about in the first place because, well they have no reason to tell their business to strangers.  So the criminals who are strangers burdened themselves with the knowledge of another, realize how many bad decisions they made in their lives, but demands respect from the stranger THEY harmed because of their own envy?  Now, isn’t that something.  In other words, they believe their targets to be special or otherwise they would not be trying to get the attention of, criminally force or insinuate themselves into a total stranger’s life—a stranger who does not want anything to do with these demonically possessed criminal actors.

Lastly, is “he or she is aggressive.”  This is similar to them saying “watch out” or “be careful” to onlookers so that the actual gangstalker pretends to be one of the crowd and not the actual criminal.  These psychopaths are cunning in their speech, like to “turn the tables” on their victims and NEVER take responsibility for their actions.  They appear to have stable jobs and nice cars; trappings of the appearance of well-adjusted adults but they are nothing but.  So let’s see, banging on people’s doors, cutting them off in traffic, running them off the parkway, cutting them off in line, assaulting, stalking, gathering others to join in the harassment and predatory behavior of total strangers minding their business does not appear to be aggressive (criminal) to the actual perpetrators; yet when their target confronts them, defends themselves they are somehow aggressive.  As usual, most of these demons cloaked in human flesh like to use the tactics of diversion and distraction.  They misuse and abuse English vocabulary as part of mental deceit hoping that not only they can get the target to feel insecure but to feel justified in their Satanic acts towards the targeted individual.  According to Merriam Webster ‘aggression’ is an unprovoked attack.  So this is how gang stalking demons twist words around:  they stalk, skulk, lie in wait, verbally abuse total strangers who are law abiding citizens (being aggressive); but will declare that the targeted individual is ‘aggressive’ when he or she confronts their crimes.  This is was Satan does. The devil and evildoers cannot be truthful because truth is the opposite of falsehood and Satan is the purveyor of lies, evil and deceit.  So, when you hear these phrases, know that you are in the presence of gangstalking criminals.  Protect your mind, be on the alert and arm yourself against these demons cloaked in human flesh.  They are your co-workers, other customers, managers, landlords, public transport drivers, librarians, etc.  They are more abundant than you think.