Anytime a country has to legislate basic manners and civility, it is an indication that the country becoming a third world-esque nation.  Maryland is already considering street harassment laws, while it is rumored that Los Angeles, California has already passed ordinances in which street harassers will receive citations. Yet France, on a national level decided to officially tackle the pervasive issue of sexual/street harassment.  At least one western nation is taking a stand. America, leader of the free world, what will you do?: 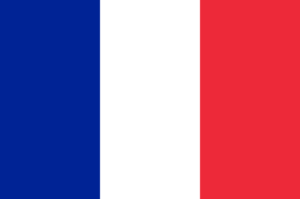 Men in France could face fines of €90 (£78) for making lewd comments about women in public, under new plans to tackle street harassment.

A government report recommends enforcing the fine for behaviour that infringes on “the freedom of movement of women in public spaces and undermines self-esteem and the right to security”.

A longtime ally of President Emmanuel Macron, Ms Schiappa said in September that new measures were needed to address the “grey zone between consented seduction and sexual aggression”.

Men who make loud and lewd comments about women, follow them or block their path could be fined, according to measures suggested in the report.

It did not recommend impose fines for wolf-whistling, according to French daily Le Croix, contrary to earlier reports.

The report is set to be presented to Ms Schiappa next week, along with France’s Minister of Justice Nicole Belloubet and Minister of the Interior, Gerard Collomb. The ministers will then put a bill on sexism and sexual violence to parliament.

Mr Macron has said tacking street harassment will be a priority for his government and in November said  ”women in the republic cannot be afraid to go out” .

Just something to think about:  black pagan “Christian” male street harassers (as well as 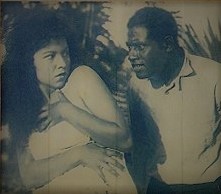 those of other races) will verbally abuse, accost, sexually-street harass in broad daylight and in public black women minding their own business.  These same black males will, without impunity, brag about their misdeeds and criminal behavior on social media platforms such as YouTube and attempt to justify their right to violate the rights of women. Now, isn’t that something? But wait, there’s more.

YET, these same black “Christian”  criminals with their flawed excuses and wicked desperation pretend to be offended and as a result will threaten and disrespect their victims who on various social media platforms expose, vent, discuss these criminals for their acts of disrespect including but not limited to: street harassment, sexual harassment, gang-stalking, accosting and verbal abuse.  So where was the black male’s shame and embarrassment when you were actually street harassing these women in public and violating their constitutional rights and public safety? You commit criminal acts in public, thus you revealed who you really are—a typical criminal.

Let us ponder this:  In the view of the black male sexual deviant it is somehow offensive to them and wrong for a woman to expose these criminals for what they have done in 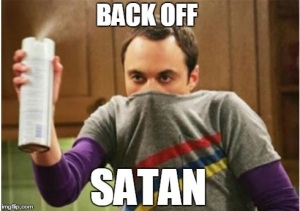 the PUBLIC?   This is what we refer to as “ghetto black Christian” logic. It makes absolutely no sense, except to those who were not raised to be a part of or those who choose not to be a part of reasonable society.

Based on an ever-increasing body of proof that these types of black males (also dubbed ‘coons’) are the primary purveyors of Neanderthalism, misogynism and gender-based discrimination  when it comes to decent, everyday, law abiding black women who try to live their lives like any other American without the offensive disruption at the hands of these sexually deviant miscreants.

Think about that for a minute.

(Note:  It’s simple and repulsively erroneous and basically a fallacy: to black males ala single black “Christian” motherhood and the entitlement welfare mentality, women of color, in particular their vaginas are public property and as being a part of the general public, believe they should have access to them.  As crass and descriptive as this statement is; their own actions have demonstrated such. They hate black women and find a self-indulged and sinister joy in disrespecting them every opportunity they see.  Yet, at the same time, need the very women whom they stave off. These are the low-level crab in the barrel blacks who seek to destroy anyone they set their eyes on.)