By: Tisha Lewis
POSTED:FEB 24 2017 11:27PM EST
UPDATED:FEB 24 2017 11:46PM EST
WASHINGTON – Catcalling on D.C. streets by District workers could soon be a thing of the past. D.C. lawmakers are reviewing legislation that would mandate all city employees to undergo street harassment training. And if they get caught harassing other people in public, they would have to face consequences.

“If we can train all of them on what is appropriate conduct and how to be good, helpful bystanders, then we have an army of people in the city looking out and helping create our safe spaces,” said Councilmember Brianne Nadeau.

DC council member proposes new bill to eliminate catcalling, street harassment
“Walking down 16th Street and being harassed by a government worker on duty in uniform,” she explained. “When I was commuting every day on the Metro, every block I would be harassed. One day, I was walking to work in my professional attire and somebody commented and I asked them not to do that. The response was, ‘Well if you don’t want us to comment, why do you dress like that?’

Anyway, one case the officers were interviewing a witness a young Black male who watched his father get shot and killed. As the interview progressed the boy stated that the Black father asked the shooter “What did I do?, what did I do?” The assailant still had the gun pointed so the father ran and was shot and killed in the back.

As he was describing the gunman, the adolescent commented “It is always Black people.”  That is exactly what I have observed about street harassment in Maryland, Virginia and the District of Columbia. It is nearly always Black” Christian” males 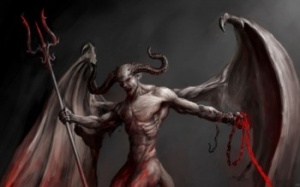 For those who aren’t religious, mere observation of these types of Blacks which unfortunately is the majority will likely convince you that an esoteric force opposite of good dwells in their hearts and psyches. They are either possessed by demons, are versions (in form) of demons and/or worship Satan as demonstrated by their conduct. They may yell ‘Jesus’ but everything they do is against what Christ taught (anti-Christ). Their own religious book indicts them “…you are of your father the devil and the lusts of your father yea shall do.”

They are the embodiment of evil and like Chris Rock said “There is a civil war going on. There’s Black people and then they’re niggers.” Niggers are winning.

Decent, educated, well mannered, civilized Blacks should avoid the above described. They have a chip on their shoulder, hate themselves and instead of taking responsibility for their poor decisions in life and their failures they stew in their envious juices and will target you. You are not safe from their evil stares, in store, street, public buildings (like library) harassment. Use your intellect and look beyond color. They are not beyond reproach just because they share some superficial commonality with you such as the shade of your skin.

Be safe and use common sense, these Black male and female demons are out to disrupt and destroy people’s lives especially other Black people. Save yourself.