17 Women On The First Time They Were Catcalled

#FirstTimeIWasCatcalled shows some experiences are universal.

03/31/2016 02:58 pm ET
http://www.huffingtonpost.com/entry/17-women-on-the-first-time-they-were-catcalled_us_56fd24d4e4b0daf53aeed3ed
———————————————————————–
Unfortunately this is the one of those universal occurrences that all women can relate to.  The other reality is that some women who are witnesses pretend that it doesn’t happen or help to cover it up.  This is what America has steadily devolved into. 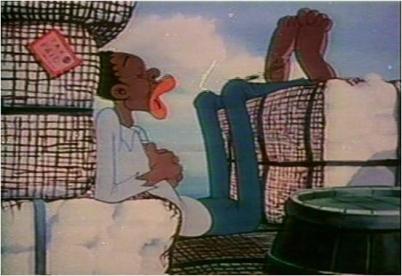 Congratulations! You have reached Spring 2016, unfortunately it is the start of a new season of street harassment via Black “Christian” males. This is what you have to look forward to:

Black “Christian” males who used the fall and winter seasons to stalk, plot and plan who would be their targets in the State of Maryland which results in:

Black males who may have finally realized that street/sexual harassment will not be tolerated either by neighborhood support, the good Samaritan intervening, a restraining order or your local rental office being placed on notice will act in the following manner:

Black males in Maryland you are the systemic problem in today’s Black community.  These Black “Christian” males believe street harassment is some sort sport while you attempt impose your immorality, licentiousness and post traumatic stress syndrome.

Black “Christian” males in Maryland have devolved into the low level strangers who continue to purvey the stereotype of laziness, sloth, sexual deviancy and inherent criminality through various illegal and immoral activities and this includes sexual/street harassment.

To all women be safe and vigilant and if you live in Maryland, be especially aware of black “Christian” males in your vicinity.  You are not safe when they are present. It is a harsh reality but the truth will keep you alive and hopefully safe.